Celiac Disease and Food Allergy: How are they different? Skip to content
Cart

Now reading: Celiac Disease and Food Allergy: How are they different?
Share
PrevNext

I have been asked a lot about whether people with celiac sensitivity have more allergies and whether they need to be tested for it?

This great article from American Academy of Allergy, Asthma and Immunology describes it the best!

Awareness of celiac disease and concerns over reactions to gluten products have contributed to a 2.6 billion dollar market for gluten free products. The prevalence of celiac disease is approximately 1% of the general population. Another condition called non-celiac gluten sensitivity is controversial but may be even more common.

What is Celiac Disease?

Gluten is a protein found primarily in wheat, barley, and rye. Celiac disease is an autoimmune condition, where an immune response is directed against one's own body rather than against foreign substances such as viruses or bacteria. Celiac disease can only develop in those with certain genes called HLA-DQ2 or DQ8. Thirty percent of the population carries these genes. If one does not have these genes, celiac disease cannot develop, but only a small percentage of those with the genes develop celiac disease.

How do you diagnose celiac disease?

A blood test is available for celiac disease but, like any test, it is not 100% accurate. If this blood test is negative and there is still a high suspicion or family history of celiac disease, a gastroenterologist may need to perform an endoscopy. This procedure is done under sedation as a tube is inserted through the mouth and passed into the small intestine for observation and biopsy. Both the blood tests and the endoscopy need to be done while the patient is eating gluten.

Those who are diagnosed with celiac disease need to completely and permanently avoid any form of gluten in their diets. The assistance of a dietitian or nutritionist is recommended.

There is research showing a possible decreased risk of celiac disease with breast feeding and continued breast feeding when gluten is introduced into the child’s diet. A previous history of intestinal infections and the state of natural bacteria in the gut may influence the development of celiac disease. Additionally, wheat has been modified to contain higher amounts of gluten and this, alongside the increased ingestion of wheat (breads) in developed countries, may contribute to the increasing incidence of celiac disease.

Some patients have symptoms of celiac disease but their blood tests and endoscopies are negative or normal. This condition has been called non-celiac gluten sensitivity (NCGS). The symptoms may be similar to celiac disease including abdominal pain, bloating, gas, diarrhea, foggy mind, lethargy or fatigue. Symptoms improve when gluten is eliminated from the diet and return when gluten containing foods are reintroduced.

The existence of NCGS is controversial because there are no tests for it. It is not thought to be an autoimmune disease and is not associated with complications of celiac disease.

It is important to note that Celiac disease and NCGS are different from having a food allergy. With a food allergy, the immune system overreacts to a particular food causing symptoms that are potentially serious or even life-threatening. In food allergic patients, symptoms begin shortly after ingestion of the food (a few minutes to an hour or so) and include hives, shortness of breath, lightheadedness or vomiting. A food allergy is an immune, but not an autoimmune, reaction.

If you believe you may have a food allergy, see an allergist / immunologist.

Since allergic reactions to foods can be life-threatening, food allergic people must be very careful to avoid their food triggers. If you have severe allergies to food, be sure to complete an Anaphylaxis Action Plan and carry your autoinjectable epinephrine with you at all times. Use this medication in the event of an anaphylactic reaction, seek medical care, and then see an allergist/immunologist for follow-up care. Many celiacs have allergies as well.

The thing is that many people with celiac have many allergies as well. And they are increasing with older we get. It is important that when you are diagnosed with the celiac condition, you stay watchful for any possible allergies as well. 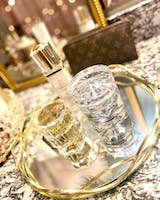 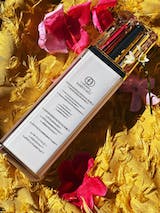 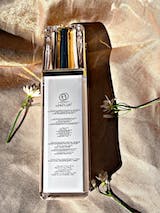 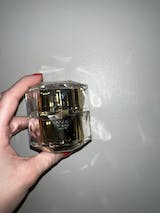 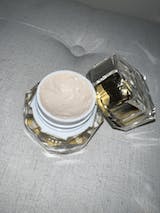